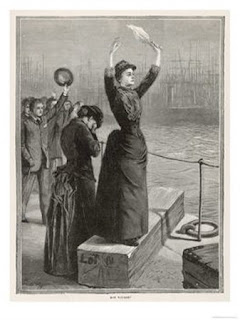 Time flies when you are having fun.

Rather surprisingly, for me, it also flew when Tertarus was home this leave.  Six weeks leave. And now he is gone.

We drove him down to the ferry this evening, which we hardly ever have to do.  He usually drives himself to the first ferry of the day and abandons the car at the pier for me to pick up later.

In fact, the last time he left on an evening ferry was before Christmas 2009.  As Sonshine and I drove back down the pier, I turned the radio on.....only to hear The Soldiers singing 'Coming Home'....and what with it being Christmas, me being pre-menstrual yet AGAIN, the thought of not seeing Tertarus again until the end of January, soldiers singing about coming home from war....I was soon snottering into the steering wheel with Sonshine patting my head and crying too.

Of course, as soon as I got home, I was FINE and promptly forgot all about it.  But when Sonshine was staying with his gran at the beginning of July, he happened to mention to her that the saddest thing that had ever happened to him was when I cried after dropping his daddy at the ferry that Christmas.

Juno duly passed this information on to me with a warning that I needed to be more careful around Sonshine, which I have taken on board.

So this evening after we dropped Tertarus, I made sure we left without any backward glances and kept the goddamned radio OFF.  I kept up a good stream of inane chatter as I drove home....but when I glanced in the rear-view mirror, there were two big hot tears rolling silently down Sonshine's face.

Bloody hell! What should I do? Emergency Brightness? Mummy Hugs???!!! Where the fuck are the parenting manuals when you REALLY need them?

We pulled into the driveway and I huckled myself into the backseat with him and gave him a big hug, as if I could squeeze away his sadness.

'Daddy will be home in October,' I said, in as positive a voice as I could muster up.

'Just think - we can watch The Biggest Loser and America's Next Top Model without the channel being changed, mid episode, to Men and Motors!'

'So, although we're going to miss Daddy, we're going to have lots of fun, just our two selves, aren't we?' I asked, scanning his face for the slightest trace of a smile.

Asbergers.  The whole bloody lot of them.
Delphic utterances by Alison Cross at 23:06