Hestia Returns...with a tale of fluff

Well, I'm back! *sets cases down in the hall and unbuttons coat*

It's been nearly a month and I *think* that I'm coping better with the Tarot Radio Show (well, I've gone from taking 18 hours to create a show of 60 minutes to five hours.  It's still 3 hours too long, but at least it's going in the right direction).

A brief post today though, just to let you know how things are in the land of the undomesticated housefrau: 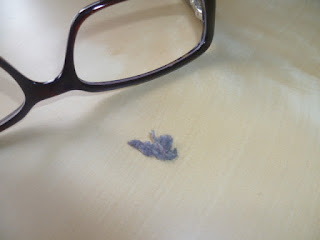 Reader, do you know what that is?

Yes, these ARE my reading glasses (to give some sense of scale here).  Not my specs, the little grey fluffy thing.

This is, believe it or not, belly-button fluff.  Belly button fluff THAT HAS BEEN COLLECTED INTO A NEAT PILE.  Not by me, of course.  But by SOMEONE ELSE.  Someone who said that if he featured in this blog again, there would be TROUBLE.

We were talking about belly button fluff this morning and He Who Cannot Be Mentioned, happened to say that he had a stock pile of it on his bedside cabinet.  Whether this was a dig at my non-existent cleaning skills I don't know.  But I had to see it.

And there it was.

And, dear Reader, I STOLE IT!

What is wrong with men?!
Delphic utterances by Alison Cross at 13:42 10 comments: 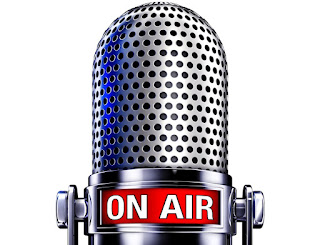 ....and yours will get a thorough testing too if you watch this video.  It's a cleaned up version and REALLY funny:

Enjoy your weekend!
Delphic utterances by Alison Cross at 15:53 1 comment:

I lovely friend bought me a book for Christmas 'The Stranger in the Mirror' byJane Shilling. It's about Middle Age.

I must say that it is beautifully written and I'm totally yomping through it, but of course, I don't think that I'm REALLY going through the change ..... that isn't going to happen to me.

But when I got to the part in Chapter 2 about the 'pathological creativity....interminable crochet, amateur watercolours book groups and other horrors' I recognised my self and conceded defeat:  I am that middle-aged woman.