Hestia ...and the Big 60th pressie

'It seemed like a good idea at the time'.  Oh, how many times have those words been uttered as the speaker sits in the still-smoking debris of their latest misadventure?

Hestia and a bit of a weird week 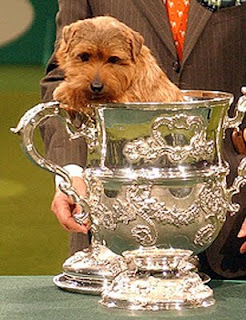 When My Day Carer took on the role of Secretary to the local Agricultural Society, I did - of course - offer my services to help make her job a bit easier.  I envisaged nothing more taxing than sending out a newsletter, perhaps some arduous stamp-licking...at worst a complicated spreadsheet.

But somehow I am now responsible for organising a Dog Show at the Agricultural Show.  I don't know the first thing about how to do it, but she has confidence in my abilities.  I mean, how hard can it be?  Stand by your beds in mid August after the show and I'll tell you EXACTLY how hard it can be.

Hestia and..... some miscellany 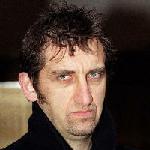 First up, I need to let you know - Tartarus made it home.  On Saturday night.  A full twenty four hours after I was expecting him to arrive home. I was not amused.  As a result, I had a face like an Afghan hound chewing a wasp when I met him at the ferry.

<- illlustration of a face like an Afghan hound chewing a wasp

Hestia....is tidy, but has mislaid Tartarus

So, he was due to leave the ship in some Godforsaken port in Mexico yesterday morning and at around 2pm his time, there was still no new crew had arrived to change over with.  He rattled off a typically Tartarus missive to me 'Delayed: will forward new travel plans when received.'

I typed back: 'Wilco. Over and Out.' And twirled my handlebar moustache.

Operation Tidy The House The Fuck Up Cos Your Dad's Coming Home had already swung into top gear.  But given the fact that I still can't bend down or reach up high without developing a pain in my newly gallbladderless innnards, this means that 'top gear' is only at Jeremy Clarkson level, not Ayton Senna level.

It really needs to be at Ayton Senna level.  Atyon Senna On Amphetamines.

You will be pleased to know that I remembered to put the bin-bag out in the bin this time.  I even gave it a swirl round with a bit of Domestos.

I also remembered to remove all the cures for cancer that I had percolating at the back of the fridge.

Reader, I have even emptied the Compost Bin (which usually sits breeding tiny flies for the full six weeks Tartarus is out the country).

I have darned the hole in the pocket of his black jeans.  OK, so I used bright orange tapestry wool (see: failing eyesight from sitting at this god-damned computer all day), but the job is done.  And the orange wool means that he will always be seen by the helicopter rescue team if he gets lost climbing Ben Nevis.

I took the empty glasses from the side of my bed down to the kitchen and washed them out.  One of them actually had a little cloud of something growing on the surface.  On a glass of water that's quite something.  I can assure you that I have not been spraying it on Spanish cucumbers and posting them off to Germany.

I have cleaned down the toilet, with Domestos and a brush. Not a toothbrush.  Well, not HIS toothbrush.  Not this time anyway.

All the washing and ironing is done.  With the exception, of course, of the things that have lain at the bottom of the laundry basket since before Sonshine was born (they're dry clean only and it's a total palaver to get dry cleaning done here - time it wrong and you're trouserless for two weeks.  I just go dirty. Besides that dress is now two sizes too small)

Reader, I have even managed to get my roots done and my hair trimmed - I can no longer be spotted from space by my bright grey streak.  Huzzah!!

I have not managed to get waxed because, frankly, I've been through enough removals in the past month without someone trying to rip my fudd out by the roots.  I'm working the 'natural' look......

This unnatural burst of housework is like having dozens of plates spinning:  The tidiness can only go on as long as I manage to keep all the plates going round.  If he's delayed by more than 24 hours, I will end up surrounded by broken crockery and the usual pile of house-hold detrius (old newspapers, mysterious sticky things down the sofa, herds of wildebeest dust bunnies on the stair carpet, knickers on the bathroom floor, soapscum in the sink...yanno, REAL life).

I have no idea where he is.  Hopefully en route.  Hopefully sober.  Well, soberish would do.  And hopefully not smelling like he's been in a bar in Mexico airport for a straight 24 hours.  If anyone strikes a match near him the resulting conflagration will make the London Blitz look like a cocktail sparkler.

Sonshine took the news that his father was not enroute stoically. 'Has he gone to see his Mexican family then?' he asked.  This stems from a joke alternative reality which I created years ago for Tartarus.  In that reality, he does not go to Mexico to work, rather he goes to spend 6 weeks with a whole nother family - his Mexican wife is called Consuela and his Mexican son is called Jesus.  I imagine Consuela to be a pleasant, hard-working lady and young Jesus looks like an extra from A Fistful of Dollars.

I have jokingly said that Tartarus can bring Jesus home any time he likes  because Sonshine could do with a brother and let's be honest, that's so NOT going to happen.  That cafe is now closed.

I explained to Sonshine AGAIN that his dad doesn't REALLY have a Mexican family.  There is no Consuela.  There is no Jesus.  He looks mildly disappointed.

As do I.  I could really do with Consuela moving in to help with the housework.

Hope you all have much more fabulous things planned for your weekends than housework! 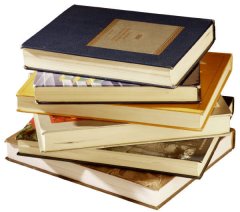 I love a book.  I love books better than people; well, Jane Austen won't leave you loitering suspiciously outside a pub on a wet Saturday night in November....and you can slam her shut any time you feel like it.  You could even use her under a wobbly table leg if the mood takes you.  You can't do that with a real person, not without a court appearance on the following Monday morning.

I said in an earlier post, for me bookshops are places of worship.  And if a bookshop is my Cathedral, then Amazon is my book equivalent of an on-line brothel.