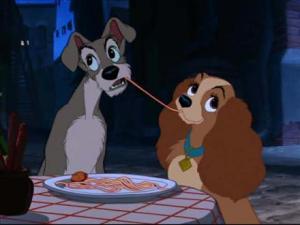 When Tertarus was home over Christmas, Sonshine approached him for a bit of a heart to heart over the LEGO whilst I was away...trying to record the carol concert for m'blog.

Apparently, our 10-year old son was asking Tertarus how to get and keep a girlfriend.  Tertarus wisely omitted to fill me in on what his sage answer was, but I confess to being slightly miffed at being left out of the conversation.


Cut to a couple of weeks later.  It's January and they're now back at school.  I stagger in from doing The Accounts late one afternoon to find Sonshine building an engine (not a real one) and, as I marvel at his dexterity I muse aloud: 'I can't believe you've not got girls chasing you at school, honey.'  He is my son and I believe he is gorgeous and I'm VERY partial to Men That Fix Things.

Sonshine sighed and concentrated deeply on a tiny piston.  'It's like this mum, I've just decided to wait until they get through puberty.'

I dissolved into my usual coughing fit to disguise my laughter, and failed spectacularly.  'Oh sweetie! That would be your FIRST big mistake!' I snorted. 'Anyway, how do you know what puberty is?'

He fixed me with that god-youre-so-stupid-mum expression and retorted: 'We're getting sex education now at school.  We got our first film today.'

Film?  When we got sex education, I think I was sitting my O-grades and the well-thumbed biology books handed out to us would all flop open at Unit 6:  Human Reproduction.

We learned about sex education soooo late, I thought I was a fruit fly.

I decided not to push my luck by asking about the sex education film in case he totally clammed up, but later, over dinner, I casually brought it up again:

Me: 'So, the Sex Education film - was it interesting then?'

Sonshine: 'It was ok.  I learned quite a lot of stuff though.'

Sonshine (warming to his theme) 'Well, there was a drawing of a naked boy and a close up of his bits.  His GENITALS.  And that's called a penis.  Which I knew already (airy tone).  It can get stiff and it feels nice.'

Me (darkly): 'Yes, this much you know already.' <- we're always telling him off for having his hands down his pjs, but we're not really THAT bothered.  As long as he understands that it's not something that You Do In Front Of Other People, that's all that matters.  I don't want any adult shame pinned to his innocent little forays beneath the knicker elastic.  By the same token, I don't want to see him doing it, yanno?

Sonshine: 'Then there was a drawing of a girl and her genitals.  They're called a FACHINA. (Tertarus inhales a pea the wrong way and coughs uncontrollably).

Sonshine: 'And they've also got a little bit that goes stiff and feels nice....'

I shot Tertarus a look and, just as he was about to launch into a What Bloody Nonsense They're Teaching Them Up At That School tirade, I cut across his bow and said: 'Yes, that is correct.'

Stopped in mid flow, Tertarus gaped like a fish and then decided to continue eating his dinner.

Me: 'What else did you learn about it?'

Sonshine (chasing peas around his plate with his fork - ie bored): 'That's it.'

I recalled that his regular teacher was off unwell and that a supply teacher was currently in place (this is a retired woman that called them 'ignorant children' according to Sonshine.  Whose recollections of the truth can be a little hazy it has to be said).  I could imagine that there wouldn't be much chit chat about fachinas and penises with her leading the class.

We changed the subject.

Later that night in bed as we were reading, Eric and Ernie style, I tossed aside my magazine and challenged Tertarus: 'You didn't know anything about girls having a wee bit that goes hard, did you?'

He continued to read his Evo.

'To be honest, I didn't know we had one either until I was about 30.  Do you think they're maybe giving them too much information too young?'

Tertarus turned the page of his magazine, tuning me out beneath a chorus of engines, F1 and expensive watch adverts.

'Sonshine now knows that girls have a vagina and a little bit that goes stiff and that it feels nice.  But he still sleeps with a big toy bunny and believes in Santa.'

Tertarus sighed: ' I wonder what the Ducati colours will be when Valentino Rossi joins them for the 2011 MotoGP season.'

Maybe *some* people could have done with a bit of sex education a bit earlier than 46.
Delphic utterances by Alison Cross at 15:07