Hestia and the Rapture, part II

Well, it's just after 6pm and I'm terribly disappointed to report that The Rapture has not happened. Not on this tiny hell-bound island anyway.

Hang on, what's that noise that sounds like a hundred Welsh Male Voice choirs outside the hou...... 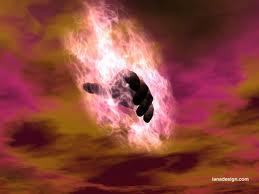 Attention Reader:  Hestia's planned blogpost cannot be with you this evening as she was spirited away to heaven by Me at around 6pm this evening.  She was mightily pissed off at missing Dr Who and the next episode of Game of Thrones, let me tell you.


PS - she asked me to let you know that Sonshine has been spirited away too, so they're quite happy.  She enquired about someone called Tartarus too, but his name wasn't down so he's not getting in.

Unfortunately, if she carries on in current vein (I suspect it was she who brought the crate of Bacardi Breezers and the vuvuzelas) she'll be back with you on planet earth as quickly as I can beam her back there.


PPS - You will notice that the universe has NOT ended as planned.  I did not fancy Hestia's threat to wax and vajazzel Me if I did.
Delphic utterances by Alison Cross at 18:05