Hestia ...gets a bit ranty 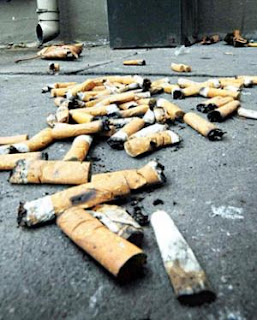 I'm confined to barracks at the moment with hideous toothache (that two trips to the dentist have failed to resolve) and Sonshine who has been hit with the double whammy of a heavy cold and a sickness and diarrhea bug. Deep joy for all the family.

In the past six days I have had to travel to the mainland three times to variously go to the dentist, dinner and a funeral.

And one thing has become crystal clear in the course of my enforced sojourns on the mainland - We have lost our manners.

Where do I begin?

On Saturday I met up with two girlfriends for a spot of early dinner.  As I made my way to the restaurant to meet them, I had the misfortune to come into contact with a group of girls going on a night out.  They were all over 18, all wearing ass-skimming, rib-crushing body con frocks, topped off with high heels.  And, as one fiddled with her hemline, I was shocked to see that this young woman was not wearing ANY pants.  Not a thong.  Nothing. Just a waxed bare fanny.  And her dress barely covered it.

I was appalled.  Is this what women burned their bras for?  How did equality for women suddenly end up with The Right To Go Around With No Knickers On?  I suddenly felt old and hideously out of touch with How Things Are.

Here's another example from the weekend:  A pedestrian crossing operates successfully with the tacit acknowledgement that when people are waiting to cross, you have to stop your car and wait a couple of minutes until it's clear to go.  Well, that's not the unspoken rule now, if my experience on Saturday was anything to go by.

In darkest Greenock, I stopped at a crossing to let a mother and her be-buggied baby cross the road but the car in the lane next to me KEPT DRIVING as she stepped out onto the crossing!  He even TOOTED her!

A little further along the same road, a YOUTH (read: brainless neanderthal who should never have been allowed to carry car keys, never mind be allowed to drive) approached the give way at his junction AT SPEED and carried on around - into my path - without looking for oncoming traffic (ie ME).  If I hadn't hit the brakes and come to a sudden stand-still, we would have been t-boned.  If there had been a car behind me - what's the betting I'd have been done for driving without due care and attention?

Believe me, I rained many a colourful profanity on the back of his beanie-clad and empty little skull as he drove along in front of me in his Ka (I suspect it was his mother's tootle-around) and then he suddenly shot left at the lights - through a RED light - with no indicators.

By the time we shuddered to a standstill at the ferry queue, I was feeling utterly despondent.  In the lane next to me sat a large delivery van and I watched, in my mirrors, the young driver making his way down the queued up cars with his ferry ticket.

As he got to his lorry door, he emptied his pockets of paper and rubbish RIGHT THERE ON THE GROUND.

I was apoplectic.  To Sonshine's embarassment, I got out the car and picked up the papers.  Reader, I would love to tell you that I opened his lorry door and flung the rubbish into his cab with a well-placed epithet.  Instead, I quietly picked them up and put them in the bin.

I can't count the times I have been out with Sonshine (currently hors de combat on the sofa with flushed cheeks and a glass of water) and been the only parent to reprimand their child for bad behaviour.   He can't understand why he's the only one being told off when all the others are doing it.  Another mother once dismissed my irritation with the situation saying that she wanted her son to be independent and that this was all part of it.

But surely, you can still bring up a child to be sure of himself AND respectful of other people? Sure, Sonshine didn't think it was fair and he probably hated me for making him stop running around in the restaurant - but life isn't fair and I'm big enough and tough enough to cope with the ensuing whining about it not being fair.

Am I showing inconsistency though?

By bemoaning the litany of dreadful behaviour that I experienced over the weekend, am I being like my son and having a whine about Life Not Being Fair?  Do I need to just man-up and put up with it?

But, if we tolerate EVERYTHING, how long until we are utterly feral?

I think I might need a whisky and ginger ale.

PS - a Hestia result regarding the ongoing problems about my neighbours bins lying out all week.  Today the Council took them all away and brought a couple of large 'chest' type bins for their rubbish. Reader, they have brakes and weigh a ton!!!  I will no longer have to drag myself out of bed in the middle of the night to pick up bins rattling their way down the street, spewing their rubbish all over the road.

Am I officially just a bloody old nuisance?
Delphic utterances by Alison Cross at 17:30