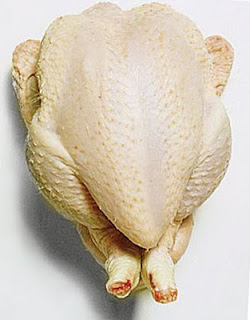 It might be the beginnings of a mid-life crisis, although I've been assured that women don't HAVE mid-life crises: we just get the menopause.....but I've been behaving VERY strangely lately. Granted - I haven't bought a sports car or left home to back pack to Papua New Guinea, but I did decide, for the first time in my life, to book a bikini wax.

There is a lovely girl works part time at my hair-dressers who does waxing and eyelash extensions (and may they NEVER be confused!) and as I plodded home up the High Street in the pissing rain the other day, very Existential Angst type thoughts began to seep through my wet hood into my goddess brain: What is life about? Why am I here? What's the point? Have I got enough milk in the fridge?  And the most frightening one of all - Am I happy?

And so I turned round, went back into town and pushed open the door of the hairdressers.

My gaze flicked to the price list sellotaped to the wall and I frantically scanned it.

Steph looked at me oddly and booked me an hour long appointment on Friday.

I raced home and went online to see what I needed to do to Prepare Myself.

Youtube told me that I needed to trim things down to a manageable length, which is why Tertarus caught me standing in the bathroom with my pants at my ankles and his nail scissors hovering guiltily around my fanny area.

Tertarus: What ARE you doing?
Hestia: I'm going for a bikini wax....and am tidying up.
Tertarus: With my nail scissors?
Hestia: It was these, my dressmaking scissors or the kitchen scissors - would you like me to swap?
Tertarus shrugged a weary 'Carry on'.

I marvelled at my handiwork in the full length mirror in the bedroom and then hauled on my pants again. And thus I learned my first lesson. You CAN trim your fanny too short.

It felt like wearing brambles for underwear. I stood with my legs apart and wondered how I was going to get through the day with a fudd that felt like it was being grated every time I moved. I dragged on the biggest loosest pair of jeans that I owned and swaggered my way gingerly downstairs.  I looked, quite honestly, like I'd shit myself.

Tertarus was reading the paper: 'What's up with you?' He asked, peering over his specs.

Honesty is always the best policy: 'I've trimmed myself too short and am now wearing horsehair underwear'.

He shot me one of his Looks and returned to his newspaper.

As the day wore on, things calmed down in my knickers...but I was asking friends what to expect from waxing. And it was scary.  I must add, at this point, that I HAVE tried waxing myself on a previous instance.  It was years ago and Tertarus was on the phone to a friend in Stornoway while I lay on the sofa watching some rubbish or other on TV with my wax-coated strips out of Boots.  I thought I'd slap one on my bikini line....and the resulting scream when I yanked it off could be clearly heard in Stornoway.  Without the phone.  Honestly, under different circumstances if you lost that much hair in one go, you'd get yourself along to A&E.  I never tried it again

By the time Bikini Wax Day dawned yesterday, I'd worked myself up into a TOTAL state.

The entire hairdressers staff was waiting on me arriving and my lovely hairdresser told me that she'd primed Kirsty to be gentle with me. Wes, the Warren Beatty of the salon assured me that it was a cake walk - that he gets his eyebrows waxed regularly. For more than the second time in my life I wondered how Mrs Wes coped with his metrosexual habits.

With many supportive pats on the back, I followed Kistry through to the back area.  And all too soon I was standing in the treatment room in my knickers and socks. And my jumper of course.

I clamboured onto the treatment table and kirsty talked me through it....and then she began.

She remarked on my non-flinching skills and joked that she had been kicked in the face and punched in the eye by flinching clients.

I had forgotten that I do have a rather high pain threshold:  I am, after all, the girl who lay with a case of bursting appendicitis for several days believing that I just had the world's worst case of trapped wind.

'Would you like me just to tidy that up or could you manage a Brazilian?' Asked Kirsty with a smile.

It is MY midlife crisis and I want to go mad.  'A Brazilian please, Kirsty.'

After an hour it was all over and I happily handed over my money. For a full leg and bikini wax.  Not TWO as I'd tried to book originally.  Result!

Tertarus was sitting having his afternoon smoko when I arrived back home. 'It was fine!' I announced proudly, hanging up my jacket and simultaneously unfastening my belt. 'Want to see?'

Tertarus nodded: I unzipped my jeans and showed my partner of 30 years my new haircut. 'Very nice, very....tidy.' he remarked turning back to his Evo magazine and biscuits.

He'd inspected me in much the same way as one might read a postcard from a distant land. Nice to look at, but I could tell that Tertarus wasn't planning a visit any time soon.

So, my mid-life crisis continues.....
Delphic utterances by Alison Cross at 11:46