Hestia ...and the Final Accounts (finally) 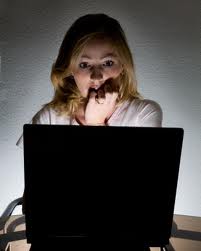 December was a long, cold month during which I only saw daylight when I had to hurry out to the workshop behind the office to freeze my nether regions off in the bog.

I emerged from the 2008 Accounts a scant 7 days before Christmas, mole-like and blinking in the watery winter sunlight.  At this point, the bank balance on the Sage system was nothing like the bank account balance on the actual paperwork...and the less said about the mysterious behaviour of the credit card, the better....but it was done to the best of my meagre mathematical abilities.

The Boss and I had spent a sleepless night worrying about the arrival of The Accountant (every time you read the word Accountant, could you mentally drum up a thunder crack and horses neighing in the distance, please?) to do his magic stuff and Make It So.

We sat in the office nervously with our morning coffee and were joined a short while later by the equally nervous Accountant.  Together we peered at the flickering screen, the blue light transforming The Accountant's spectacle lenses into something straight out of a Terminator film.

'Well, you're quite a bit out on the bank statements and that will need to be sorted.'

I adopted what I hoped was a pleading don't-kill-the-puppy-dog expression.  'Can you fix it? Or do I need to go through EVERY transaction again?'  I smiled my most winning smile.

The Boss explained helpfully: 'Hestia can't tell the difference between 8s and 6s or 5s and 3s without her glasses and she can't read the computer screen WITH her glasses.'  This was true.  Which is not handy in a book-keeper.

'Well......' started the Accountant ' it would be BETTER if we could just find the problem because we'd need to blah, blah, blah, blah* to make it right and The Boss would need to pay tax on that.'

'How much tax exactly?' I asked anxiously.

THIRTY QUID???????  I turned to The Boss who was still clutching his coffee like a holy relic 'Look, *I'll* PAY you the £30 if it means we can get this completed today.'

The Accountant then made it all good and reset all the bank and credit card to the right amounts and I girded my loins for starting 2009 Accounts at the beginning of January.

I returned to work after the Christmas break, relaxed and confident that the 2009 paperwork would go off without a hitch.

Every day I plodded through the figures, sustained only by endless cups of coffee, scones and the odd, calorifically fatal but damnably tasty, bacon and fried egg roll.

'Right, that's as much as I can do.  The bank is correct to about 30p and the credit card, once we pay off the balance in January 2010, will only be about £70 out.'  We slapped each other on the back and congratulated ourselves for getting up to speed with the accounts a full week before the Tax Office needed them in.

The Accountant was summoned.  No nerves this time - I proudly offered him a seat on my swirly chair and brought him a coffee and some biscuits.  I pointed out the 30p and pointed out the £70.

This could not be possible!!!! The bank was correct.  How could I have over a GRAND sitting surplus to requirements on the credit card.

My guts turned to water.  I had no idea what I'd done.  The Accountant and I started going over every entry.  Nothing made sense.

The Boss materialised back after gilding a headstone in situ.  His cheery smile instantly developed a deathly rigor mortis and slid right off his face as he clocked my increasingly panicked expression.  'Isn't it ok? I thought we were ok?' he asked.  I shook my head dumbly.

My lovely friend, the boss's wife, materialised at lunch time with sandwiches and soup for the three of us.  We may have spoken, I can't remember because inside my head was this: FUCKFUCKFUCK-FUCKFUCKFUCKFUCKwhathaveIdoneFUCKFUCKFUCKFUCK......on a never-ending loop.

'It will be something straightforward,' re-assured The Accountant.  But we sat there ALL day going over all the payments that I'd recorded and yes, we did turn up some minor issues (entering a 5 instead of a 3 and what not) but nothing, NOTHING that could create a magical WHOPPING amount on the credit card.

Despondent I went home.  Tertarus had just left the country that morning and the house was empty and cold.  I sat on the stairs to take my boots off.  Which is exactly the position that Sonshine found me in when he came home from school three-quarters of an hour later.

That night I tossed and turned in bed  - what had I done? I just couldn't think of anything other than maybe accepting a payment into the credit card account instead of the bank account.  But it couldn't be that because the bank was all ok.... and so my creaky little hamster wheel of worry turned and turned......

Next morning I logged on to the intertubes to check my mail.  Hurrah Holy Father!!!!! An e-mail from The Accountant!   He'd found out what the problem was and we could sort it in the office.

Sonshine was bundled off to school as soon as was decent and my little Uggs fairly flew down to the office where The Boss was looking much more relaxed: he'd managed to pick up the e-mail before he went to bed, so he'd slept like a baby.  I, on the other hand, looked like Keith Richards.

The Accountant materialised like a ghost in the doorway.  'There was a credit card statement missing off the file you were working from, Hestia.  Once you enter the those credit card purchases, everything will be allllllllright.'

That's all it was.

We squared up the accounts within two hours.  The Accountant pushed the buttons and zapped it off to the Tax People........then he vanished like the superhero he is (not really.  He ate some biscuits and then went on to see his next client.)

The Boss and I sat mutely in our swivelly chairs:  Nerves shredded to the consistency of coleslaw.  After a few minutes of shell-shocked silence, he twirled around to me.

'Nonsense,' snorted The Boss. 'We've experienced the worst.  2010 will be a piece of cake.  Shall I bring us in a roll on sausage with a nice runny fried egg?'

And so the deal was sealed.
Delphic utterances by Alison Cross at 17:14