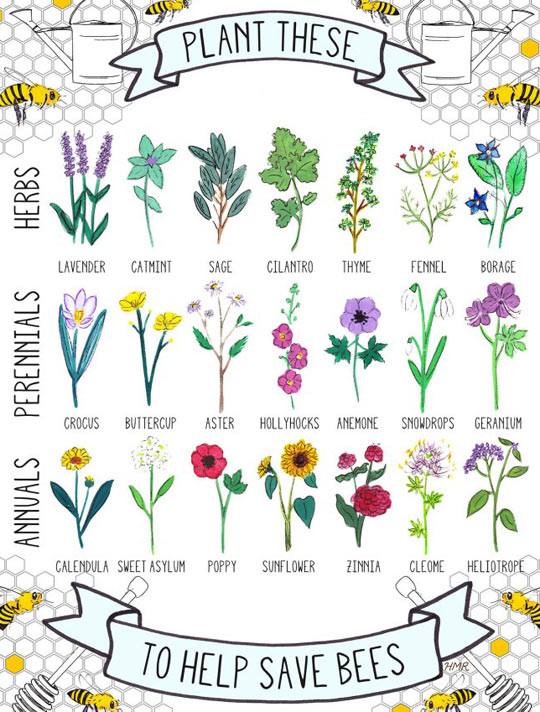 Plant these to ensure that all the bees in your garden have something delicious to dine on.

Won't it be nice to just leave buttercups in situ and know that you are actually helping save the bees, rather than your neighbours thinking that you are just too lazy to weed?

And 'cilantro' is what we call coriander.  I don't know why.  If anyone does, let me know.  It's like us calling a pineapple a pineapple and the rest of the world calling it some version of 'ananas'.....

If you're not keen on some of these flowers, here are some tips from the top (ie the folks at Gardeners' World) on the sort of plants that bees like:

Apparently their little bee radar is best with PURPLE flowers

Bear those three things in mind and your garden will soon be heaving with the little blighters and you will, in all honesty, be saving the world!

I am also enamoured with the idea of a flower clock, or Horologium Florae But since we never get any sun in Scotland, I would never know the time. BUT, if you live in sunnier climes and want to give it a go. 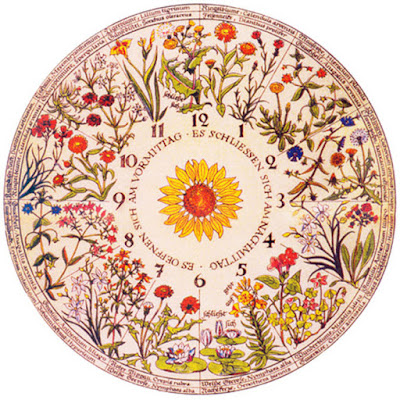 Wouldn't that make a splendid jigsaw?

Delphic utterances by Alison Cross at 11:32