I always envied kids who knew from an early age that they wanted to be train-drivers, vets, soldiers or tap-dancing strippers.  I never had a clue.

I'm now 51 and I still don't have any hard and fast idea of what I'll be when I grow up.  Perhaps I could be an upholsterer?

Thus it came upon me to try re-upholstering something.  Something simple with no fancy bits.... 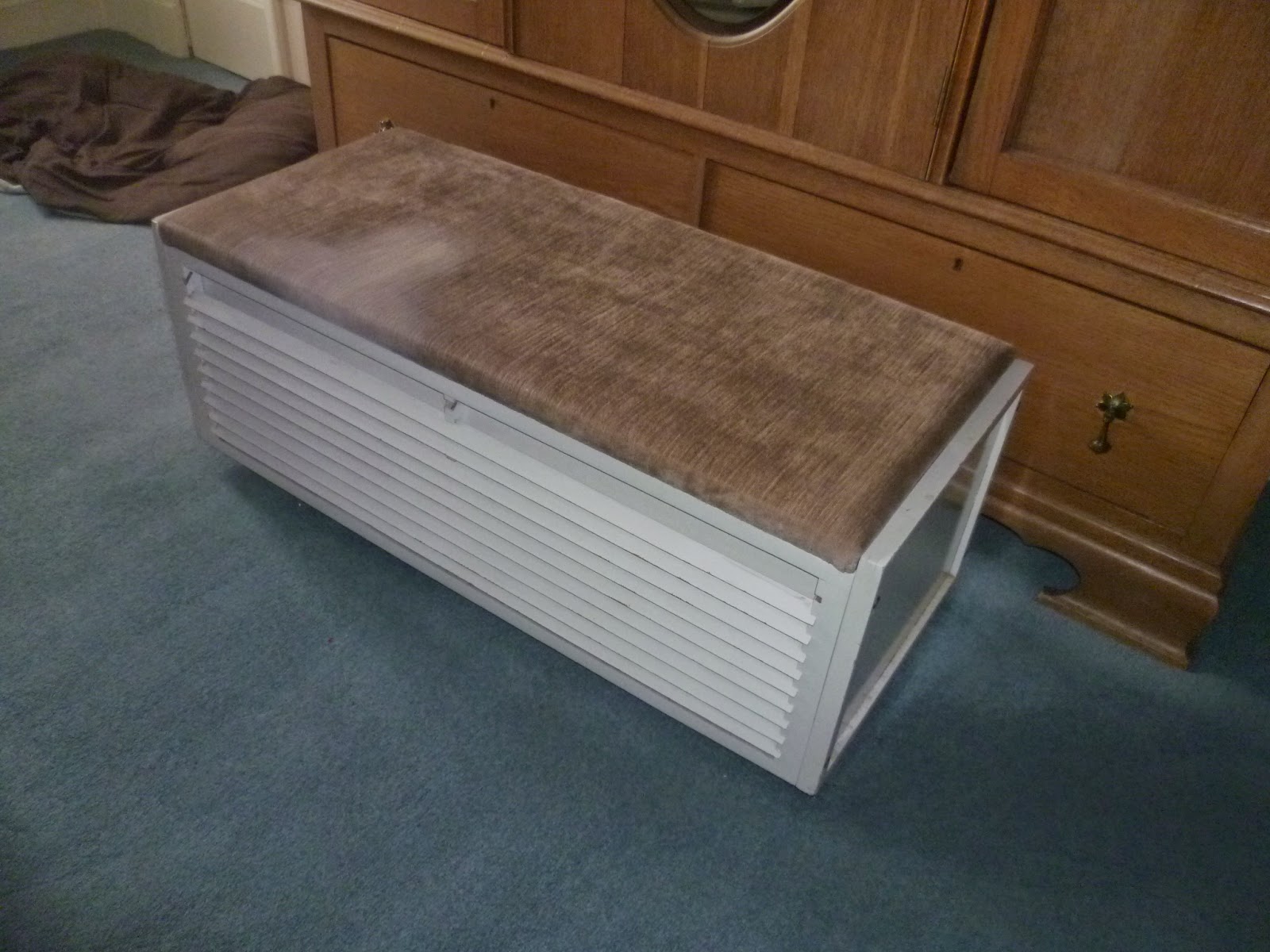 This is a small ottoman which came from Tartarus's parents' house when it was broken up many moons ago.  There has been quite a lot of spillage on it over the years - mainly pukage from a chubby-cheeked smallum.  As you can see, such memories never really leave beige velour.

Reader, I had nothing to lose...

First of all, I took myself off to Bute Fabrics where they permitted me to rifle through the Fabric Dungeon - ends of rolls, ends of runs etc.  I loved loads of the fabric, but limited myself to these: 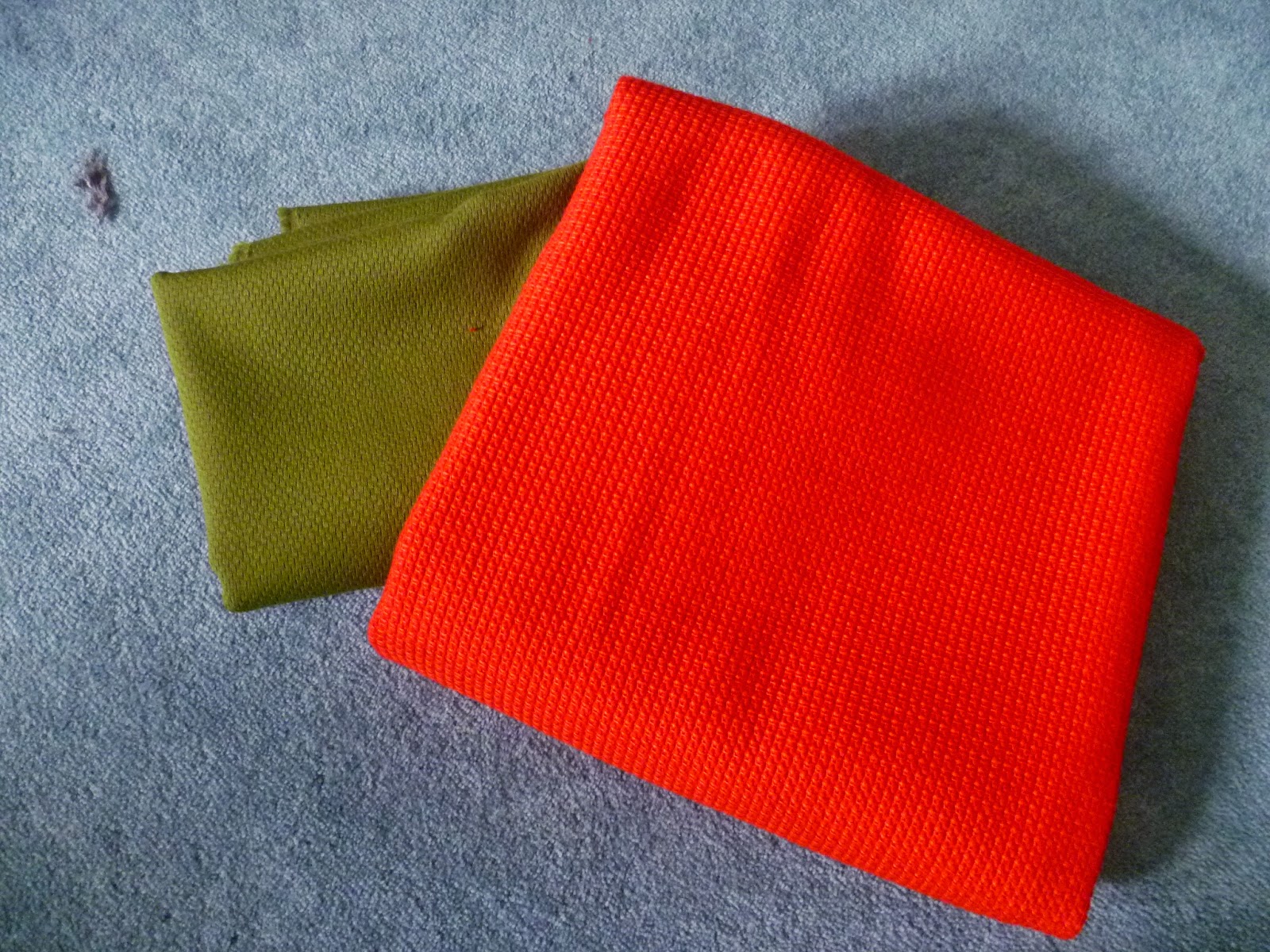 The green colour was my sensible, safe colour - the flame red/orange I just fell in love with.  I bought a metre of each - £6.00 a pop.  Not bad going at all, eh?

Ignore the dust bunny wildebeest on the carpet.  In my defence, I had just washed the carpets and clumps of Nero fluff were popping up everywhere.

How well do you know me, reader? If you have visited here more than once, you will not be in the least bit surprised to learn that after the sudden burst of interest in buying the material, my enthusiasm ebbed away faster than the tide in the bay.

But two days ago, I resolved to Get This Thing Done.  I had the material.  I had the staple gun.  I had bought wadding.  I had watched youtube videos.  How. Hard. Can. This. Be? 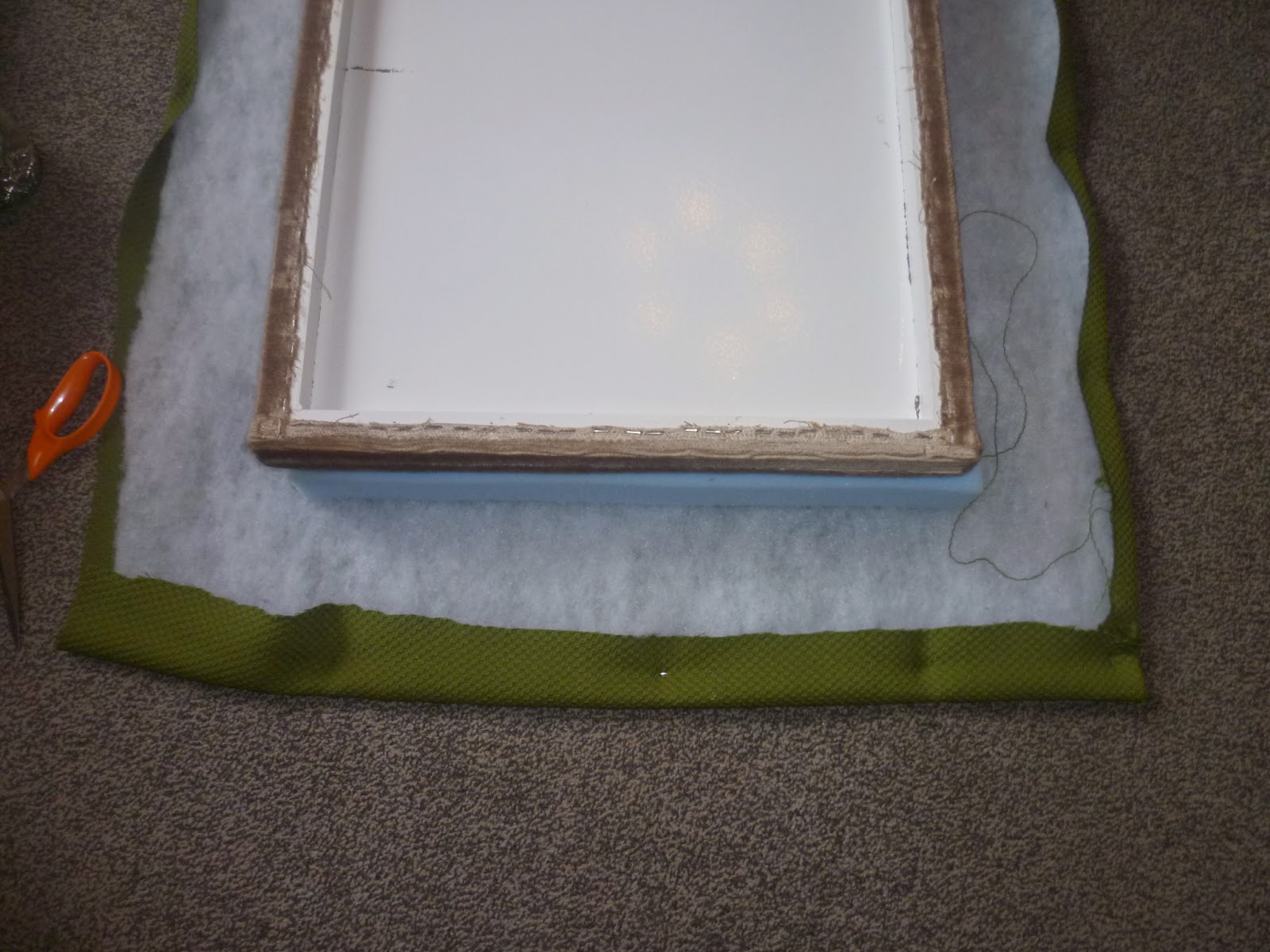 I carefully removed the top from the box and set about taking the ancient velour top off.  Unfortunately, when I removed the decorative trim that disguised the naked edge of the material, there were eleventy BILLION (I'm not exaggerating!) staples holding it in place.  I opted to simply cover them over.

Which was possibly my first mistake.

I laid out the material and the wadding, the large wodge of blue foam and then the ottoman lid, like so.

It was impossible to make tiny adjustments to anything because it all rubbed against itself and snarled up.  Fuck it.  I would just cut and trim as I went along.

Which was possibly my second mistake.

I decided to neaten the edges by folding the material over on itself.

Everything was going, on the whole, swimmingly (sure, the staple gun could barely cope with the many layers of material and wadding, but I managed).

And then I got to the corners.

What the FUCK do you do with corners?

But things in real life never go smoothly like in the movies.  Or indeed the youtube demonstration video.  Reader I pinned the corners in place, hacking out excess material where I could and then SEWED the corners.

Which may, in future years, turn out to be mistake number four. 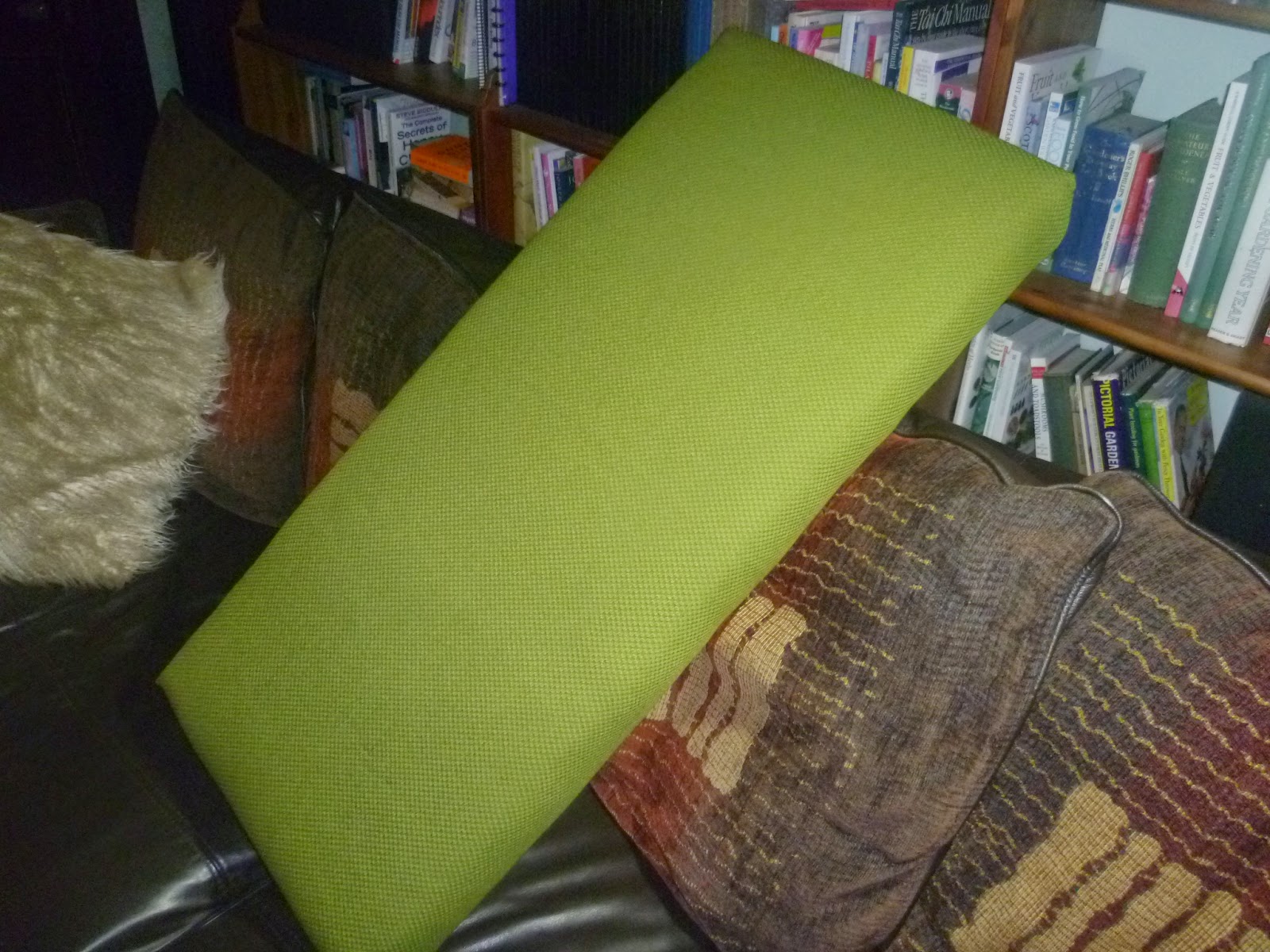 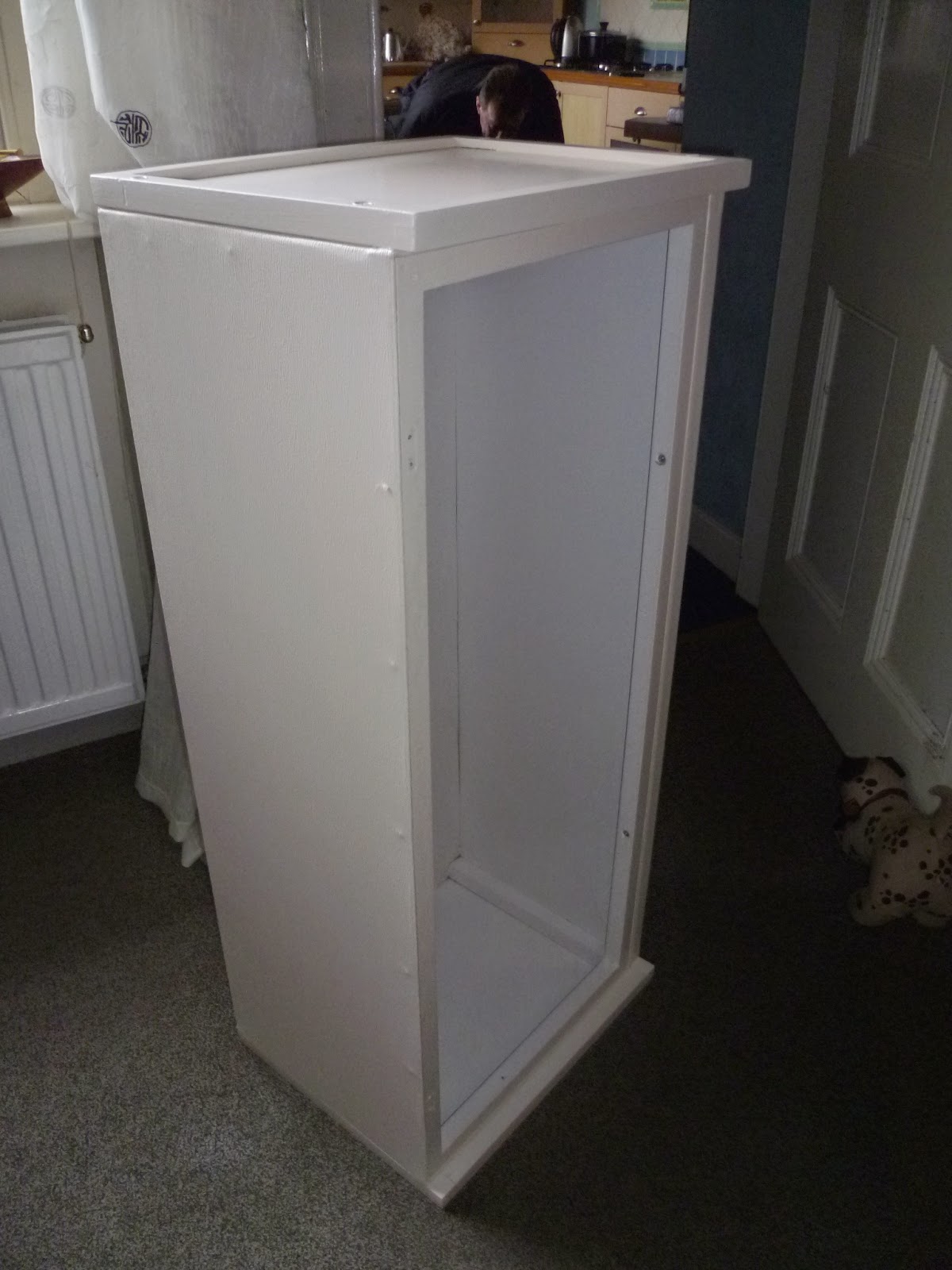 Here is the carcass, painted by Tartarus.  Not the inside though.

The screwing of the lid to the box didn't go Entirely As Planned.  Although it did go, regretfully, as I expected. ie: Badly.

Tartarus couldn't find the holes for the screws beneath the tons of material and gaily chipped away at it with a Stanley knife. As below.

At this point I was standing in the corner, sulking like a teenager.  All that hard work, hacked to bits by a craft knife. 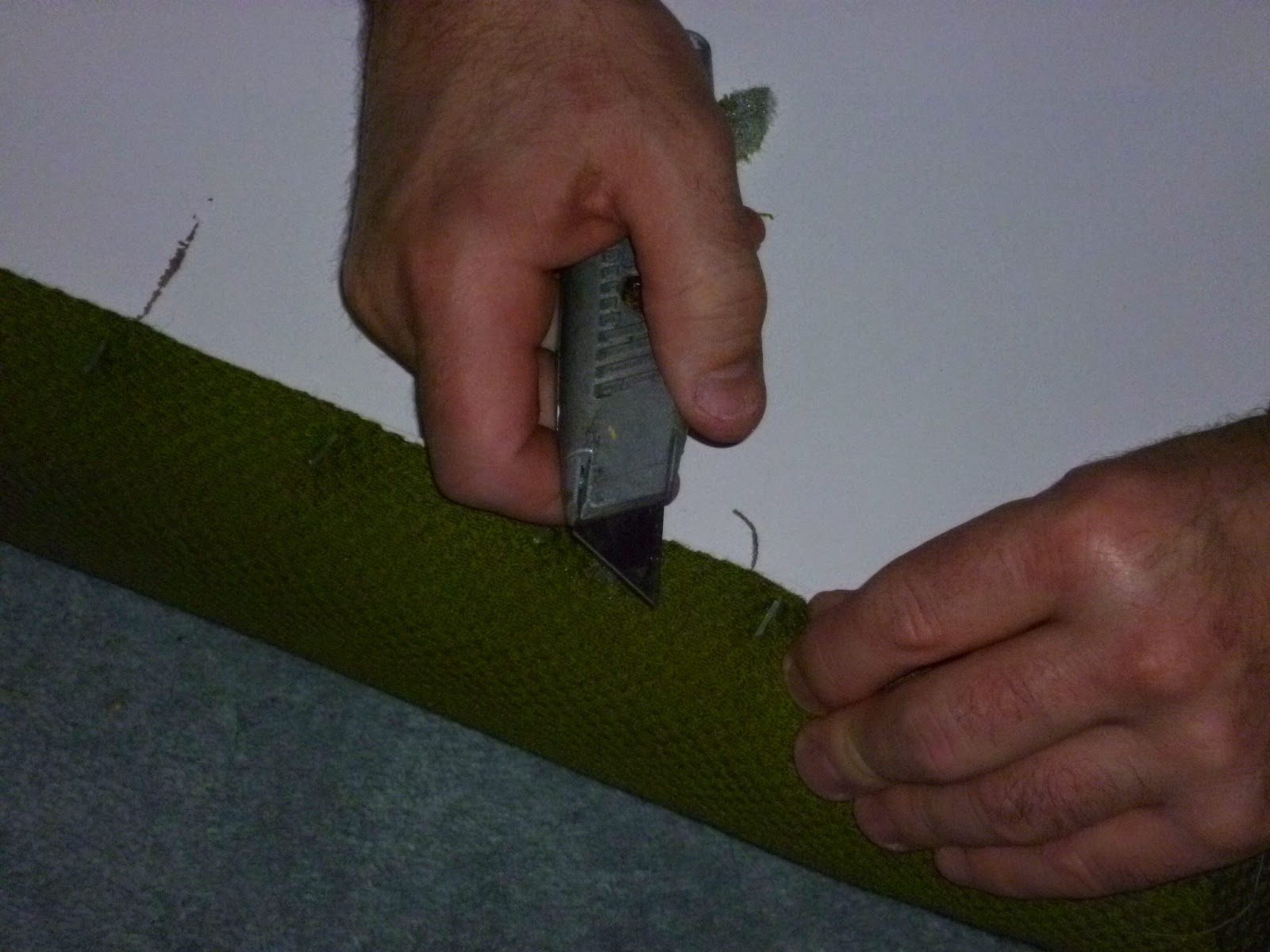 You can see my careful stapling if you look closely.... not too closely though or you'll see that it's actually shit stapling.

Anyhoo - a few knicks with the knife, a few twists of the screwdriver and ...... 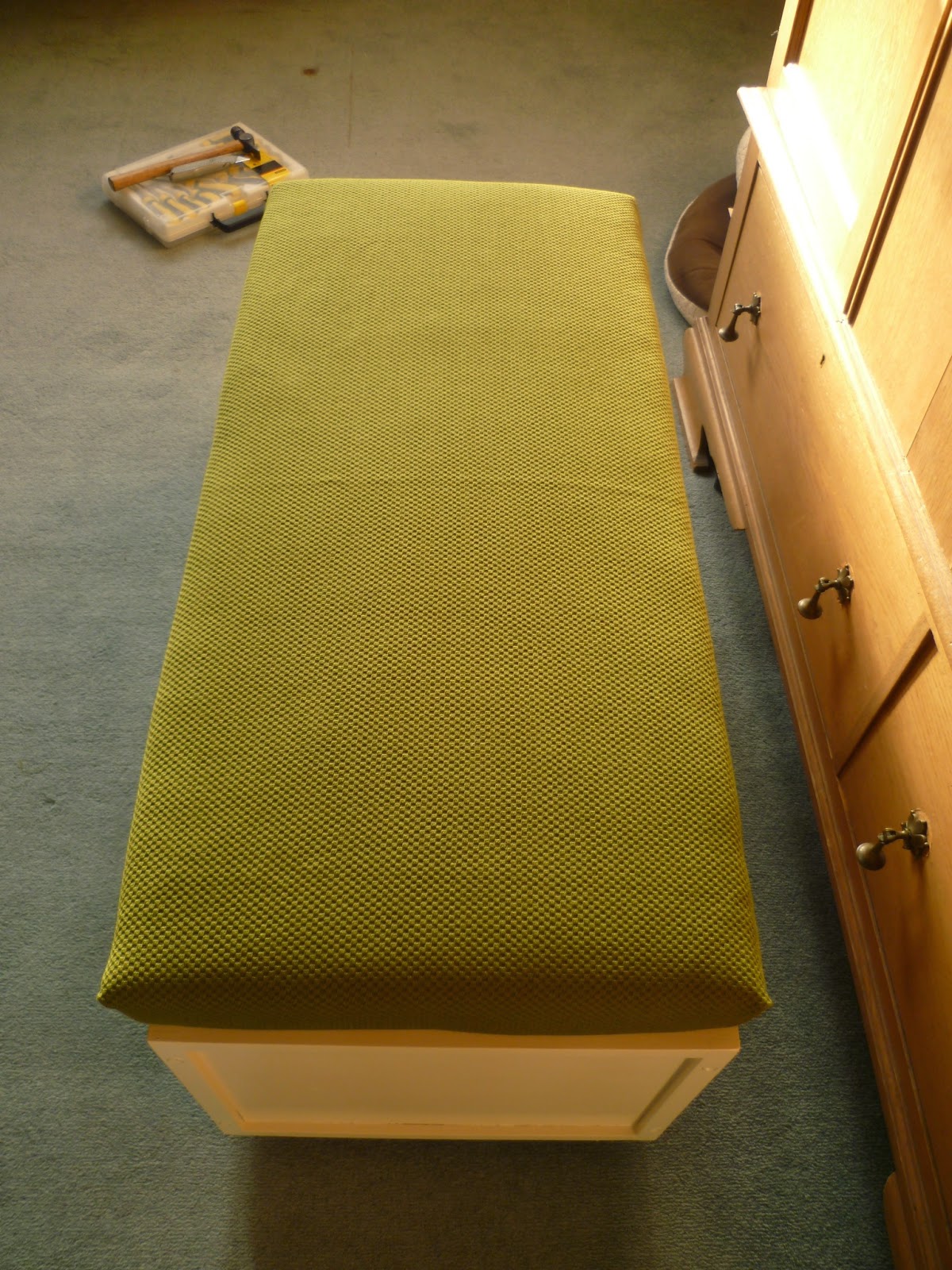 I look at my list of Possible Careers For When I Am Grown Up and carefully strike through 'upholsterer'.


Delphic utterances by Alison Cross at 13:06