Hestia ...has been missing in action

I know, it's been ages, and I have no excuse other than.....not much has been happening here worth blogging about.  And I know that a dearth of Interesting Stuff usually doesn't stop me blogging....but I guess we all go through little patches where we just don't have anything to say :-)

Well, here's what I've been doing:

Sonshine went to the Hallowe'en disco as Dr Jekyll 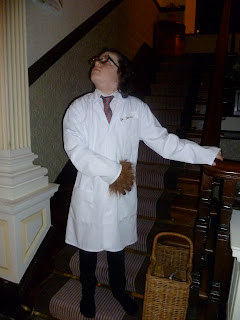 Note the single hairy hand and the proper lab coat.  Ignore the long hair though.

Figgy has produced some figs.  THREE to be precise,  TADAAAAAH! 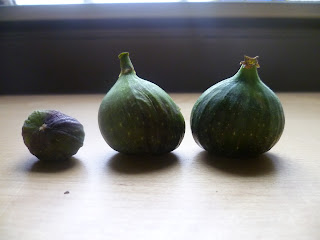 I cannot lie to you, reader.  Here is another photo to illustrate how teeny they are. 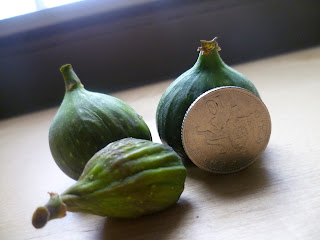 Of course, I have not eaten them.  They have shrivelled to HALF the original size in the fruit bowl.

I went to Kelvingrove Art Gallery and Museum and took two photos, both of which were this: 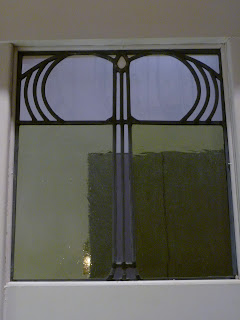 Which is a bit of stained glass by Margaret Mackintosh.  With the corner of a big Arts and Crafts cupboard behind it.  I can only say, in my defence, that later on that evening I became very ill with Norovirus.  It may have affected my photography skills earlier on Saturday.  That's my story and I'm sticking to it.

So then the Norovirus: 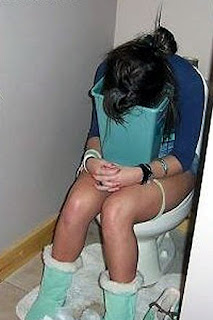 I did mainly this.

And yesterday Sonshine was also suffering from it.  It's horrible, but mercifully brief.

But wait a moment,  I HAVE done something VERY exciting!  I have been on a bread-making course.

That's VERY exciting when your entire month of November can be summed up in 3 tiny figs and a sojourn in the toilet.

More of that later though!

The bread-making, not the sojourn in the loo :-)

Delphic utterances by Alison Cross at 11:41