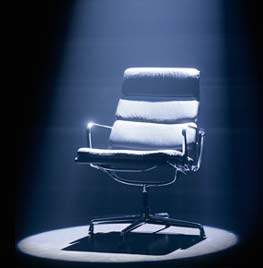 Those of you reading this with some kind of UK-DNA coursing through your veins will probably be familiar with the daily head-to-head in Pop Master.

For those of you who have not clue what I'm referring to, it's a daily music competition run on BBC Radio 2 by the droll Ken Bruce.

At this point, I must quell your excitement by clarifying that I was not actually on THAT Pop Master, but the one in the kitchen this evening.


Picture the scene:  I'm desperately trying to make a lasagne for dinner and Sonshine leans against the cooker and sighs.

Sonshine:  *sadly and with feeling* 'They don't play that record any more, mum.'

Sonshine:  'You know the one, the one with the girl.'

Sonshine:  'Nooooo. You know - They're in a hotel and there's two boys that love her.'

Me *thinking* What the fuck are you talking about?  Can't you see that the house is still like fucking Clydebank after the Blitz and your father will be home from Mexico in approximately 90 minutes.  However, what comes out of my mouth is this: 'Was it Lady GaGa, sweetie?  I don't think I know that song.'

Sonshine *impatiently* 'Yes, you DO.  You sing it every time it comes on.  She's WELSH!'

Me:  'Well, she's a Welsh singer. She was going to get married to a rugby player called Gavin Henson, but she called it off.....oh, never mind,'

Sonshine's face had assumed that glazed look his father wears when I ask him 'Does this suit me?'

Me: stirring furiously and brain in overdrive - what other female Welsh singers are there?!  'Ah-ha - Cerys Matthews!!!' I shout triumphantly.  'No wait, was it Shirley Bassey?!'

Sonshine now has a slightly frightened look on his face and is backing up against the sink, away from my gesticulating sauce-laden wooden spoon.

Sonshine: 'No - they are in a hotel fighting about a GIRL.  You KNOW the one.'

Sonshine:  'No!! (cue the contemptuous look that he will wear on a daily basis as soon as he hits 12)  The girl in the SONG is Welsh and there are men fighting over her in a hotel and she dies - it's in Spain. They're on their holidays......you KNOW the one!!! They used to play it on the radio ALL the time!!'

By this time my bechamel sauce is charred and stuck to the sides of the pot, but I care not a jot.  I need to know who this bloody Welsh wench is.....

Sonshine points at the radio helpfully.  'It's a REALLY old fashioned song.  Come on mum - what is it called?'

Me *thinking*  You're fucking 10.  'Old fashioned' to you could be Death Metal or Amy Winehouse.  To my eternal damnation, you actually ASKED your gran if she had seen a dinosaur when she was young and I nearly choked to death on an inadvertently inhaled a bit of buttered scone. What IS old fashioned to you?!  I stared at him, starting to mentally flick through every record or cassette I'd ever bought.  Yes indeed, people.  I still have cassettes.

His creased and concerned face was suddenly wreathed in smiles 'Ah - I remember!!! Delilah!'

DELILAH!  Sung by Tom Jones and played every Friday on the Chris Evans' radio show for about six months.  I did indeed sing along to it every time it came on.  And since Mr Jones is as Welsh as Cardiff Docks, why shouldn't a small boy assume that the girl he was singing about was also Welsh.  It is indeed a song about her murder performed with a jaunty little Mariachi band - so yes, why not assume that they're in a hotel in Spain?

He wandered off happily. As I watched his retreating form, I couldn't help but wonder what strange  associations were being made inside that little head?

One thing's certain, I will have to rethink my sex education spiel.

And may YOU never forget that Delilah was just a simple girl from The Valleys, fought over by two men in a Spanish hotel and who died.
Delphic utterances by Alison Cross at 18:31