So I made gooseberry jam.  It was largely uneventful other than the fact that I seemed to get jam on everything - my clothes, the seat I was sitting on....the hamster..... 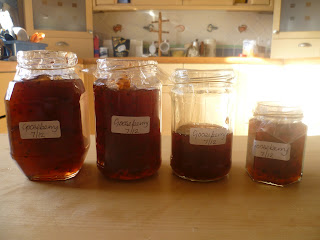 Two full jars, a wee tiny jar and a half jar - result! 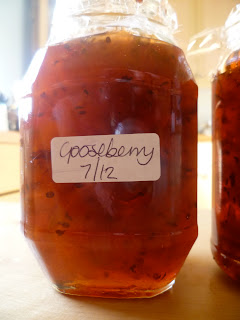 The small jar is for Juno, my mother, and the half jar is for Not-My-Boyfriend-Ron (her boyfriend, Ron)

Remember the snapped branch with the peaches? Here they are now! 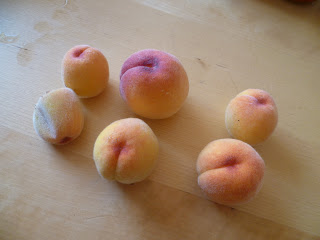 
I am also asking Sonshine to help me around the house.

Yesterday evening, for example, I asked him to tidy all the stuff off the dining room table and to set it for us both.

This is the result. 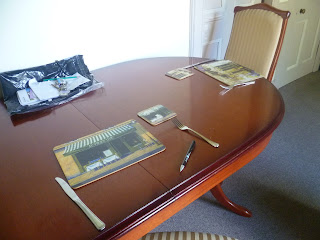 Nothing lined up - hasn't even moved a biro pen out of the way!
Cutlery the wrong way around
No condiments
No drinks sorted
All the stuff that had been lying around has just been shoved into a single pile.

I think he's some way off being good at Front of House work.


Delphic utterances by Alison Cross at 16:54